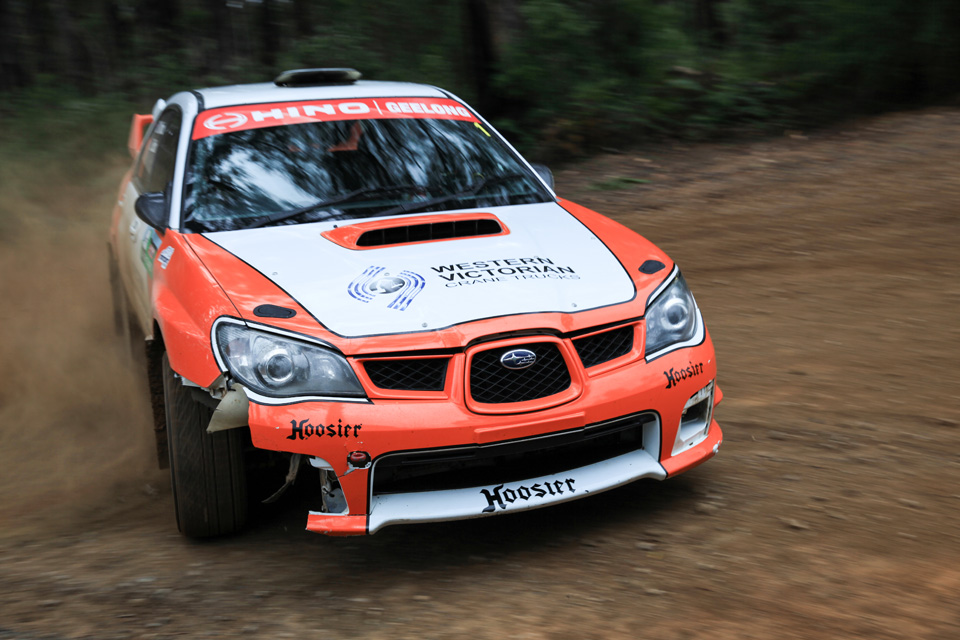 The sport of Rally is part of me, and in recent years I haven’t been able to get to one because of family commitments. I’m always looking forward to any opportunity to get out to one. When a rally came up on a Sunday, generally my only free day, AND with Melbourne’s COVID-19 lockdown being lifted, I jumped at the chance.

The one event that marked the emergence from Melbourne’s COVID-19 lockdowns was the Valley Stages on 29 November.

I got in contact with the event organisers to assure media accreditation, and the publication that helped my rally photography in my early years – RallySport Magazine.

With purpose, I worked on a media plan with Matt Whitten of RallySport Mag. We planned for the best coverage of the event to get a variety of photos. I know the area very well, having grown up in the outer eastern suburbs of Melbourne. The rally base was only 30 minutes from my childhood home. That, as well as the area being a hub for rallies over the past few decades, I barley needed a map.

In typical springtime weather in this part of the world we need to be prepped for warmth and cold. In the days leading up to the event there was a mix of rain and 30-degree heat. On the day, the prediction was showers early with a top of 17 degrees. Well, the rain was constant in the morning, easing to showers throughout the afternoon. And the temp ranged from 10 degrees in the dense, wet forest to 20 in the open woodland. The fun of rallying!

My first stop was at the end of Special Stage 1, Mt Slide. A road very familiar for many Australian’s involved in rallying thanks to Glen Cuthbert’s Rally of Melbourne. I parked at the control and was delighted to see a couple of old rally mates, Mark and Lyn, who were Stewards of the event. (I only say old because I’ve known them since the mid-nineties when I was teenager. And I’m not suggesting they’re old).

My initial idea was to capture shots of the drivers and co-drivers as they stopped at the time control.

But with the new satellite timing technology implemented to comply with COVID-19 restrictions, it meant they didn’t even need to stop. Almost all stopped out of habit. It was hard to shoot through the tiny slider windows most cars have nowadays, or some didn’t even have their window open. The rain on the glass made it a real challenge to get a clear shot.

On to SS3 on Spraggs Rd, Toolangi, the cars were approaching on asphalt and turning left onto gravel on a very wide intersection. Despite being one of the safest corners to photograph cars, even with a long lens allowing me to be quite a distance from any mistaken or failed turn-ins, I still got hassled by an official. As an event accredited photographer who does their due diligence in being accredited, it’s always very frustrating. He was adamant I had to stand where he wanted, so I reluctantly had to negotiate a compromise.

It was surprising to see so many drivers misjudge the corner. There were probably ten of them who did it right – entertaining and exciting. And the drivers who got it wrong… entertaining and perplexing, nonetheless.

My next planned stop was the end of SS5 on Monda rd at the top of Mt St.Leonard. Last time I went to this spot there was thick snow on the ground. But that was in Winter. There wasn’t snow, but a mysterious fog floating around, and the ambient temp was close to 10 degrees. Standing still on the edge of the forest makes you feel cold, and when I looked down, I saw leeches coming up my legs. My socks were pulled high and I was wearing pants, but I wanted to make sure they had no part of me. So, I flicked and flicked between every car coming past.

Most of the drivers at this last corner were not very committed, probably because the end of the stage was on the corner and they’d backed off. I got a mix of shots at this point – panning oversteer and understeer.

At SS7 on Marginal Rd and Horseyard Creek Track in the north end of the Toolangi State Forest the weather was warm. There was even patches of blue sky – great contrast to the previous spot. The characteristic red soil makes for nice colours in photos, and with a little dust being whipped up by the cars, the shots look quite different.

I was standing at a hairpin bend and had the option of being on the inside and panning with the car, and on the opposite side of the road. I love to have a choice. Hairpins are always spectacular, even if the driver makes a mistake it’s entertaining.

With a large tree just in from the apex, I leant up against it to catch the cars on their approach. I swivelled as they past so I could shoot them all the way through. I’m very happy with the results, even though a couple of drivers tipped into the corner backwards and came close enough across the apex I had to step aside.

My final point had me venture deeper into the forest.

It was definitely a case of ‘off the beaten track’ and it was slow going. The narrow road wasn’t smooth and had fist-sized rocks along most of it. I was driving my Subaru Liberty B-spec so the ride height and low-profile tyres meant I had to keep a slow pace of about 35km/h. Because the event was running about 30 minutes ahead of time, I missed the first couple of cars. I had to run along the road into the stage to my planned vantage point.

It was an uphill, tight, slightly banked corner. Probably pace noted as ‘right 2+ opens’ so I was expecting some aggressive slides. But perhaps due to most of the field not committed to their notes, the cars at this spot also performed at mixed spectacle. With huge gaps between cars, I decided to leave… just as a flurry of cars came. As I walked along a straight piece of road I had to jump well aside as a slow Peugeot was being overtaken by a fast EVO… and I missed the shot.

With plenty of shots on the card, I was thinking about each of the spots I went to. I had cover 900 images to short-list. My usual practice is not to overshoot, rather, shoot when needed. Because shortlisting can be a great consumption of time, it’s best to anticipate when to shoot. I think because it had been over a year since shooting a rally, combined with the unpredictable styles of the drivers I held my finger on the shutter release far more than I would normally.

The Shortlisting didn’t take long. I wasn’t too picky with them and knew they’d be appreciated by my editor. So, the day after, I processed the images and sent them off to Matt at RallySport Mag. Subscribe to them and look out for my shots!