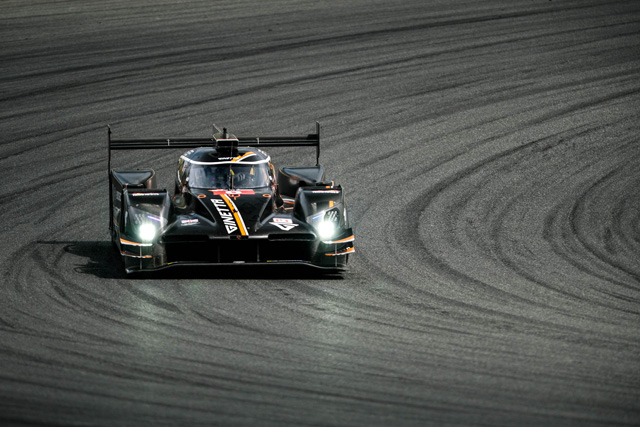 Shooting 6 hours of Fuji was an amazing experience. The speed and engineering of cars built to race for 24 hours straight is mind blowing!

When I went to 6 hours of Fuji I was amazed… The combination of power, lightweight and aerodynamics are what make a car fast, right? Take a LeMans Prototype class 1 hybrid (LMP1) for example; power of 750kw, weight of 875kg and amazing downforce, they’re impressive figures but seeing and hearing them in action is astonishing.

Every time I head back to Japan I check the calendar for motor sport or car events. My bucket list is endless. It started with Super GT at Fuji Speedway, then working as staff on Japan’s WRC event in Hokkaido, R31House and its Wonder Festival, Nismo Festival at Fuji Speedway with the R31house crew, Tokyo Auto Salon, D1 at Fuji Speedway, Super GT a couple of times at Okayama as well as D1 and F3.

What could have been next?

My options this time were Formula Drift at Okayama (not far from my in-law’s place and the chance to see Shibata’s drift team in action), F3 at the same track, or a round of the World Endurance Championship – FIA 6 hours of Fuji. I’ve dreamed of experiencing 24 Hours of LeMans all my life so this would be the next best thing – witnessing the same crews take a 6hour blast.

Before I left home in Melbourne I pondered taking some photos at the event. Taking a spectator’s view could tell a cool photographic story. But it would be better to have full media accreditation. I applied to the FIA, and a few weeks before the event an email from Paris confirmed. “Of course, your accreditation is granted”.

I’ve photographed events from grass roots to WRC and V8Supercars and the level of media facilities can differ greatly.

It was nice to be involved in an FIA run event again!

The media centre was fully catered – Bento anytime, even French and Italian lunchboxes to cater for them. I had my own desk with name plate overlooking pit lane and so many screens to check times and footage around the track, its almost like I didn’t need to leave the room at all.

One of the most amazing things was getting a drink from the water fountain. Just normal water, nothing exciting… standing there, looking at my choice, I heard a familiar Scottish accent. Alan McNish standing next to me lining up for water! 3 time Lemans winner and many more titles, I got out of the way quickly, I wanted to say hi… but what would I say? Nah, I just stepped aside and tried not to geek out.

After the mandatory media briefing session I was set to shoot. Or was I? Fujifilm had set up a clinic – camera cleaning and loan of their gear. My old Canon 5D had some layers of rally dust and it was time to get a free clean and service. I had a choice of different cameras and I decided on the X-T3. The guys loaded me up with a couple of camera bodies and 4 lenses to cover what I wanted to create. It was an absolute privilege to test this gear, about $20k hanging off my shoulders and stuffed into my media vest.

I was prepared to walk around one side of the track on day one. Then the next day, the other side. Though in the late summer heat and high humidity I felt like I couldn’t walk the full length. Why wouldn’t I just catch an air-conditioned shuttle bus? I could stop wherever I wanted… or just ride around and watch the practice session from the comfort of the bus. I did a bit of both!

I mentioned the performance of these cars early on. And yeah, they spectacular to watch – the LeMans Prototypes and the GTs! Riding in the shuttle bus along the main straight at 60kph when these cars are screaming past at just over 300kph is pretty exciting, chilling, and even humorous. As we approached the 1st corner I was looking out for the race car’s brake lights. We were getting closer and they were still flat out. The lights came on inside the 100m boards. I don’t know what this translates into G-force, but braking from 300 to 80 within 100m must be pretty strenuous on the driver’s legs!?

Watching this action through the camera lenses all day was pretty exciting. I got to shoot them from all angles and ventured all round the track. I realised how steep some sections were, something you don’t notice on camera.

Qualifying ending mid afternoon and I started on my way out of the complex. Unfortunately tonight’s accommodation was over an hour away in a city I’d never been to, and getting the connecting trains was crucial.

The trip back to the track on Sunday was easy and I was there early. I made sure to spend some time in the pit garages to look over and photograph the cars, I got some portraits of drivers and did the grid walk before the race. Another thing that amazed me was the heat radiating from the cars parked on the grid. All they’d done is an out-lap and pull up on the grid, so the heat they put out at race operating temperature must be ridiculous.

The grid walk was an experience on its own. Picking out world class, some household names and some instrumental personalities.

If you ever have a trip to Japan, I heavily recommend you search out some motorsport events to attend. And call me, we’ll go together!

Contact me for any photo needs and read more about racing photography here.